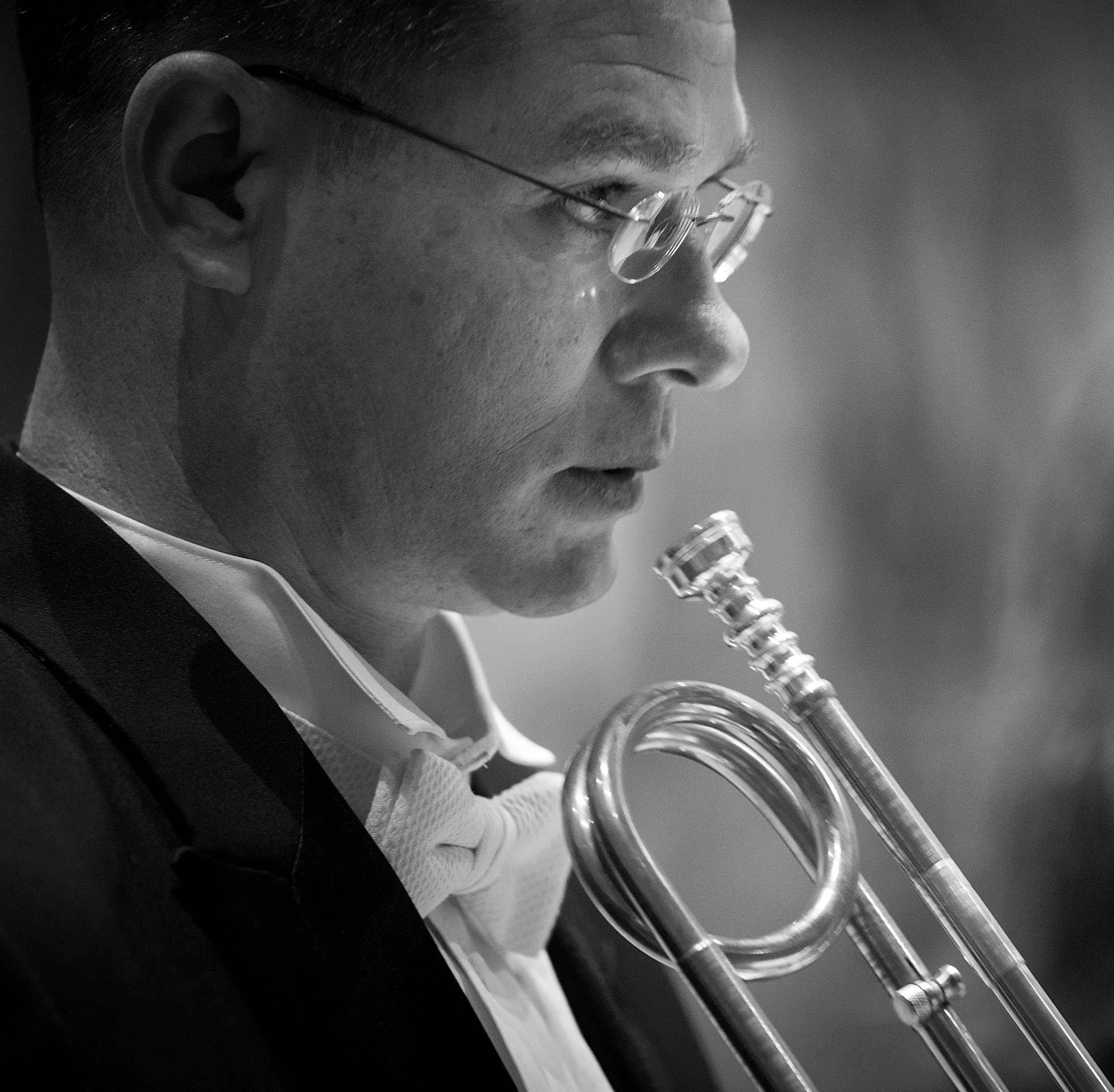 A native of the Washington, D.C. area, baroque trumpeter Josh Cohen is greatly sought after by many leading early music ensembles throughout North America. For the past eleven seasons, Josh has been principal baroque trumpet with the Washington Bach Consort. Mr. Cohen’s discography includes many of the most famous and demanding works for baroque trumpet. Most recently, Josh recorded J.S. Bach’s Brandenburg Concerto no. 2 with Montreal-based Ensemble Caprice. He can be heard in the Washington Bach Consort’s recording of J.S. Bach’s Cantata no. 51 with soprano Elizabeth Futral. Two recordings Mr. Cohen participated in with prominent Canadian ensembles were both nominated for the 2009 Juno awards: his recording of Vivaldi’s Gloria with Ensemble Caprice, and “Let the Bright Seraphim” with soprano Karina Gauvin and Tempo Rubato, the latter of which won the Juno award for Best Album of the Year in the vocal category. For the last several seasons, Mr. Cohen has been the solo baroque trumpeter for performances of Handel’s Messiah at the both the National Cathedral under the direction of Micheal McCarthy, as well as the Handel Choir of Baltimore under the direction of Melinda O’Neal. This season Josh performs this annual masterpiece once again at the Cathedral. Cohen has also played principal or solo Baroque trumpet for Tafelmusik, The Dallas Bach Society, Bach Collegium San Diego, Mercury Orchestra and the Portland Baroque Orchestra. Also in the summer, he is a regular guest soloist with both Aston Magna and the Blue Hill Bach Festival. Cohen received a M.M. from McGill University and a B.M. from the New England Conservatory of Music.