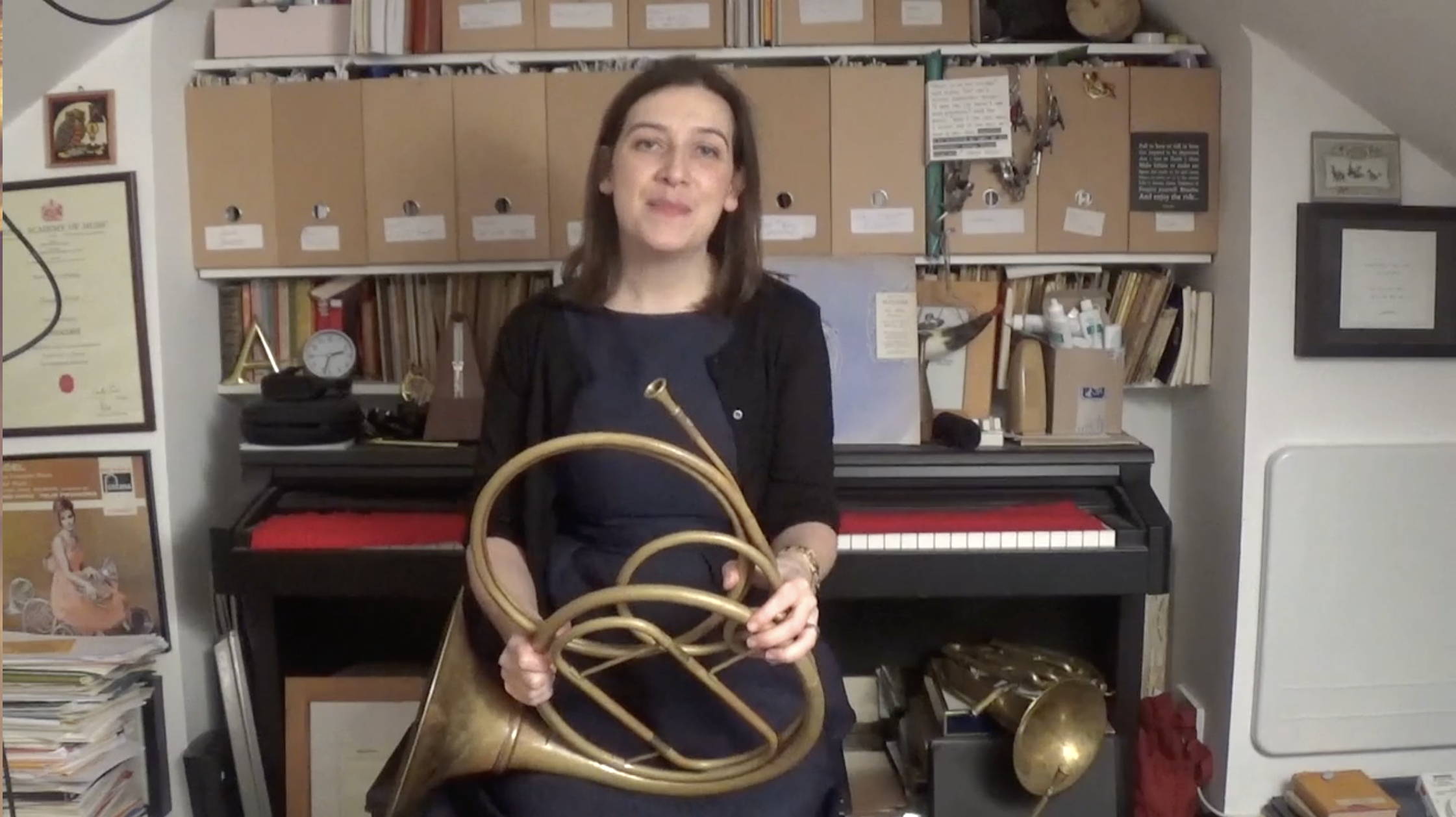 Anneke began her studies at The Royal Academy of Music (London) and then, specialising in aspects of period horn playing, undertook postgraduate study in France and the Netherlands. She is principal horn of a number of internationally renowned period instrument ensembles including Sir John Eliot Gardiner’s Orchestre Révolutionnaire et Romantique and The English Baroque Soloists, Raphaël Pichon's ensemble Pygmalion, Harry Christopher’s The Orchestra of the Sixteen, the Irish Baroque Orchestra, and the Dunedin Consort. She is similarly in great demand as a guest principal horn regularly appearing with orchestras and ensembles worldwide.

Anneke enjoys an international solo career and discography embracing three centuries of virtuosic horn works. Her expertise in baroque horn repertoire ensures that she is frequently to be heard performing the famous obligato arias of composers such as Bach and Handel as well as solo concertos from this period. Her solo recordings include Voices from the Past a survey of the horns housed in the Bate Collection, early nineteenth century Viennese sonatas with fortepianist Kathryn Cok, chamber music by, and stolen from, Wolfgang Amadeus Mozart with Australian ensemble Ironwood, Vivaldi's concertos for the Dresden orchestra with Les Ambassadeurs and the sonatas of Franz Danzi with ensembleF2. Anneke also features on ensemble Pygmalion's Harmonia Mundi recording Les Filles du Rhine/Rheinmädchen which includes the famous Richard Wagner Siegfried Long Call performed on an original 1860/70s single B flat rotary horn.

In 2010 Anneke was awarded a Gerard Finzi Travel Scholarship to undertake research in Paris in preparation for her ground breaking recording of the Jacques-François Gallay Douze Grands Caprices on natural horn (Resonus Classics, October 2012). This was to form the first disc, Préludes, Caprices & Fantaisies, Concerts Cachés, in a series of three, all featuring the works of Gallay. The second, Jacques-François Gallay: Chamber music for natural horn ensemble, with the natural horn ensemble Les Chevaliers de Saint Hubert, was released in 2013 whilst the third, Songs of Love, War and Melancholy, featuring operatic fantasias with Steven Devine (piano) and Lucy Crowe (soprano) was released in 2015.

Anneke views her research as an essential element in her performing career. It is an important source of continual inspiration in her work. She has presented a number of papers at international conferences and contributed chapters to academic publications. The insightful sleeve notes she has written for a number of solo and chamber music recordings have been critically acclaimed. On a more informal scale she writes a regular blog sharing her thoughts on a number of aspects of period horn playing and music making in general.

Anneke's research deeply influences her teaching and she is currently writing a natural horn method based upon the sources that she draws upon. She is the historical horn tutor at the Royal Welsh College of Music and Drama, the Centre for Early Music Performance Research at the University of Birmingham and the horn tutor at the University of Kent. She also lectures in performance practice and pedagogy at Trinity Laban Conservatoire of Music and Dance and is one of the "horn faculty" on the online music lesson platform Play with a Pro thus enabling her to teach students globally.

Recent masterclasses have included classes at the Berlin Hochschule, the Paris Conservatoire, the Royal Northern College of Music, the Royal Irish Academy of Muisc, the Cork School of Music, the DIT Conservatoire of Music and Drama, the University of North Carolina, the Sydney Conservatorium, the Centro Superior de Müsica del Paîs Vasco San-Sebastian (Musikene) and the Matsudo Horn Club (Japan). She also frequently coaches on orchestral and chamber music courses for tertiary level students and amateur musicians.

Keen to engage with musicians of all ages, Anneke is a contributor to Brass for Beginners "the first brass program geared specifically for the primary school classroom".

Anneke's activities are not confined to period performance. She has performed the music of Ligeti with The London Sinfonietta, and can be heard on two albums with The Nigel Waddington Big Band. In 2013 she recorded John Croft's work ...une autre voix qui chante... for solo hand-horn, a work written especially for her.

In 2018 Anneke was elected a Fellow of the Royal Academy of Music, an honour limited to 300 former Academy students, and awarded to those musicians who have distinguished themselves within the profession. In 2020 she was awarded the International Horn Society Punto Award" in recognition of her distinguished contribution and service to the art of horn playing.