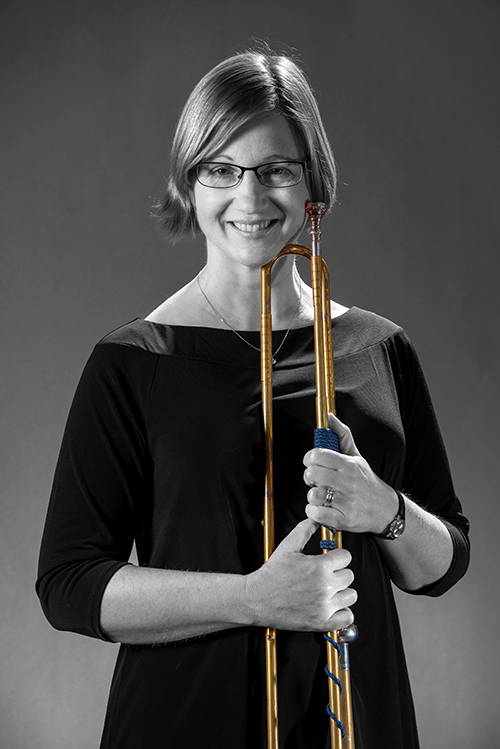 A versatile performer, Adduci is highly-regarded for her work with historical instruments. She has been described as “a rare treat”…”a highly skilled trumpeter” (Denver Post), her playing described as “flawless, elegant”…”delicate as that of a flute, yet with all the power and color of brass” (SanDiego.com). She has performed with numerous period instrument groups in North America, including the Philharmonia Baroque Orchestra, American Bach Soloists (San Francisco), Tafelmusik Baroque Orchestra (Toronto), Apollo’s Fire (Cleveland), Bach Collegium San Diego, Portland Baroque Orchestra (Oregon), Musica Angelica (Los Angeles), as well as for the Carmel Bach Festival.

​In 2012 she recorded a CD called ‘Forte e Dolce’ as the featured soloist on the baroque trumpet with the Baroque Chamber Orchestra of Colorado, available on iTunes and Amazon.com. She has additionally appeared on many other recordings as an ensemble member with modern and historical instrument groups in the USA, Canada, and Australia, and her solo and ensemble performances have been broadcast on the radio numerous times in these countries.

Adduci was Professor of Trumpet and Brass Area Coordinator at San José State University for 12 years until relocating to Tennessee in 2017. Previous to this she was at the University of North Texas where she taught the modern and baroque trumpet and directed the UNT Baroque Trumpet Ensemble while undertaking her doctoral studies. She holds a doctoral degree (DMA) from UNT where she studied with Keith Johnson, a master’s degree (MM) from the University of Georgia where she studied with Fred Mills, and a bachelor’s degree (BMus) from the University of Western Australia. Currently the interim trumpet instructor at Tennessee Tech University, she is the principal trumpet player with the TTU faculty ensembles-in-residence the Bryan Symphony Orchestra and the Brass Arts Quintet.