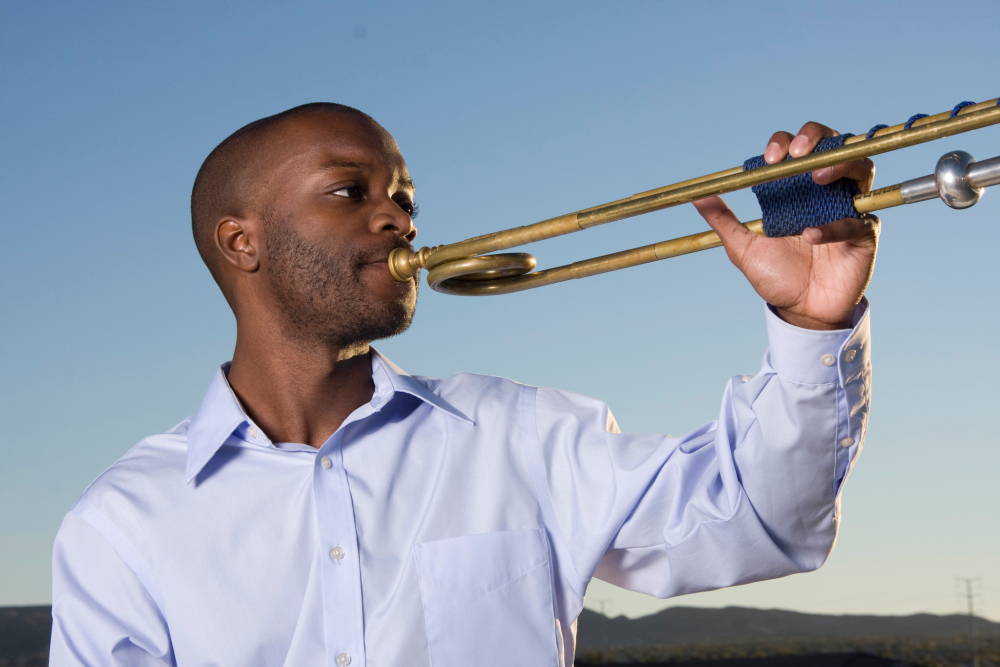 Now living in Denmark, Justin continues to perform as both a soloist and ensemble musician, combining ongoing North American engagements with new collaborations with leading Baroque ensembles in Denmark as well as in the rest of Scandinavia and Europe. In Europe he has played with Camerata Øresund, Copenhagen Soloists, Barokksolistene, Arte dei Suonatori, Göteborg Baroque, ensemble Paulus Barokk, Höör Barock, Enghave Barok, the Næstved Early Music Festival, Ensemble Hven, and several others.

As a modern trumpeter, Justin has experience performing in orchestras, wind ensembles, jazz ensembles, pit orchestras for opera and musical theater, British brass bands, and numerous chamber ensembles. Before beginning his college career, he was principal trumpeter of the DC Youth Orchestra and had the opportunity to tour Japan as a trumpet soloist. He also performed regularly with the Prince George’s Philharmonic while in high school. More recently, he as appeared as a soloist with the South Dakota Symphony, the Firelands Symphony, and the Las Vegas Sinfonietta.

In addition to being a trumpeter, Justin is also a countertenor and has sung with Apollo’s Fire and Opera Cleveland. While in Ohio working on his Master’s degree, he was an alto section leader in the chamber and chancel choirs at Trinity Cathedral in downtown Cleveland and was the countertenor with Cantores Cleveland (now Contrapunctus). Justin also plays recorder.

Justin earned his DMA in trumpet performance from the University of Nevada, Las Vegas. He received his MA in early music performance practices from Case Western and his BM in trumpet performance from the University of Maryland. His primary trumpet teachers include Chris Gekker, Barry Bauguess, Steven Hendrickson, Steven Trinkle, and Justin Emerich. He has studied voice with Delores Zeigler, Ellen Hargis, and Aaron Sheehan. As a graduate assistant, Justin taught courses in ear training and music appreciation, and was a harpsichord tuner.

“It [the Baroque trumpet] is more difficult to play than its modern counterpart, but it’s a fascinating and arresting sound. The trumpet part in the second [Brandenburg] concerto is famous for its fiendish difficulties, and Justin Bland played it with aplomb.” (Edmonton Journal)

“The orchestra brought out the pulsy organ-grinder quality in the first movement of Concerto 3, but it was [Brandenburg] Concerto 2 that was the real show-stopper. Justin Bland, on Baroque trumpet, trilled his way nearly effortlessly through one of the most difficult parts in the repertoire, the highest notes piercingly clear above the orchestra.” (Post-Bulletin)

“Skilled [Baroque trumpet] players can play the notes of the harmonic series with such instruments. A very refined embouchure is needed to “lip” or flatten or sharpen the impure harmonics of the notes of the 11th and 13th harmonics. The most virtuosic could use such techniques to produce certain chromatic notes outside this series…Justin Bland made such skills seem effortless…” (Classical Voice of North Carolina)

“Onstage, the performers exhibited an astonishing level of virtuosity, both as an ensemble and in solos…Justin Bland, with a heraldic trumpet that lacked valves or keys, produced beautiful sounds in a work by Johann Melchior Molter.” (Grunion Gazette)

“A good trumpet player is hard to find, and an excellent one harder still. It’s again still rarer to find a great player of the baroque trumpet, since the instrument is considerably harder to play than its modern counterpart (smaller embouchure, no valves) and this may explain why Justin Bland is so darn busy and why he plays with, well, basically everyone.” (The WholeNote)

“Add in the splendors of Baroque trumpets (with Justin Bland delivering nuanced playing in “The trumpet shall sound,”)…and our cup runneth over with highlights.” (Greg Hettmansberger, writer for Madison Magazine)

“In these performances, trumpeter Justin Bland alternated between instruments, playing a modern valved trumpet in the Saint-Saëns and a valveless “natural” trumpet, for a better blend with two flutes in a wind chorus, in the d’Indy octet.

In both pieces, Bland ably reined in volume and brightness, keeping his instrumental lines within the fabric of ensembles rather than blaring over them – a peril that explains the scarcity of trumpet parts in chamber works with strings.” (music critic Clarke Bustard)