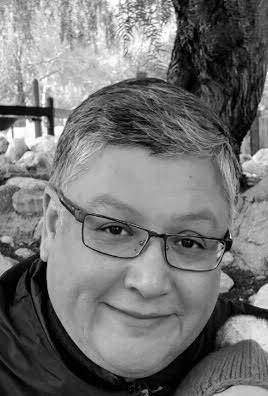 Arturo Fuerte is a native Californian and was a member of The Brass Company brass quintet. Arturo was in the orchestra for the national tour of the Broadway show "The Music Man”. Arturo has been the principal Bass Trombonist for the Owensboro Symphony and has performed regularly with the San Diego Symphony, the Blossom Festival Band, the Pittsburgh Symphony Orchestra, and was a guest performer with the orchestras of Cleveland, Fort Wayne, Wheeling, Reading, West Virginia Symphony, and the Grand Teton Music Festival. As a freelance bass-trombonist in the Los Angeles area he performed with various chamber ensemble and orchestras. As a student of Robert Sanders, Arturo was awarded a Bachelor of Music Degree from California State University in Fullerton. In 1997, he was awarded the Los Angeles Philharmonic Fellowship for Excellence in Diversity. Later that year he served as Bass Trombonist with the Young Musicians Foundation Debut Orchestra. Upon leaving Los Angeles Arturo continued his studies at the prestigious Cleveland Institute of Music, earning a Master of Music Degree while studying with Cleveland Orchestra member, Thomas Klaber. Arturo completed his student teaching at Jackson Hole high school and earned a Master of Education degree in Curriculum and Instruction from Montana State University Bozeman in 2012. Arturo served as the conductor of the Jackson Hole Community Band and as an instructor in the Grand Teton Music Festival’s Tune- Up program. In 2012, Arturo moved to Chicago Illinois and began teaching at Cameron and Darwin Elementary Schools where he established and maintained Modern Band programs. Arturo uses several methods in the classroom including Orff, Modern Band and Brass For Beginners. He currently works with the Chicago Public Schools All-City program as a Modern Band instructor. Arturo teaches in Evanston Illinois at Willard Elementary School and is a Little Kids Rock Teacher Ambassador.