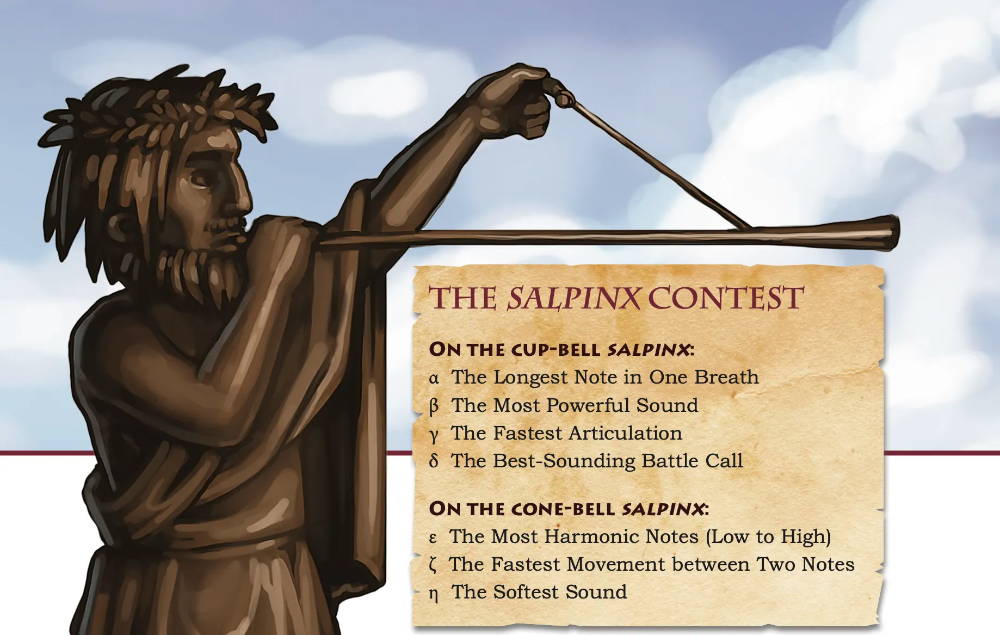 At the close of "Unit II: A Blast from the Ancient Past," our fictional prehistoric time-travelling trumpeter Ragnar had nearly capsized his reed boat off the coast of Peru in terrible storm. At the height of the tempest, a sustained deep blast of sound pierced Ragnar's soul. It sounded like a Pututus, the conch trumpet whose haunting call had terrified him while lost in the dark maze of the temple at Chavín de Huántar. Whatever it was, it calmed the waves, allowing Ragnar to collapse into a deep sleep. 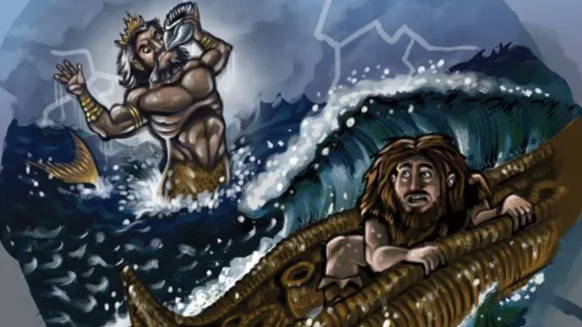 The start of "Unit III: Greeks! Romans! Barbarians! Lend me your Trumpets!" finds Ragnar aboard a Greek warship, stunned out of slumber by the shriek of a trumpet, a salpinx. Having developed an excellent sense of pitch and memory from his previous trumpet encounters, he was ready and eager to play it. Alexander (the Great one) happened to be shouting commands within earshot when Ragnar gave it a go. As a former student of philosopher Aristotle (from whom he had learned a thing or two about the trumpet), Alexander recognized Ragnar's potential right away. 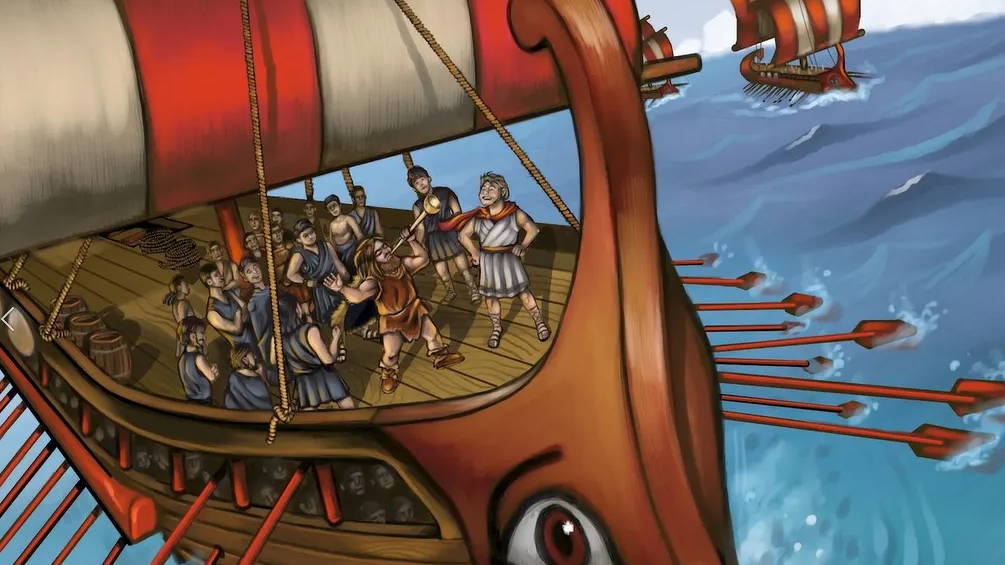 After an oyster and goat cheese snack at the port of Piraeus, Alexander and Ragnar headed straight to the Salpinx School of Athens where the legendary salpinkte Herodorus of Megara, a military trumpeter and winner of ten Olympic contests, was up for a full-professorship.

By the time Ragar was admitted to the program, some claimed that Herodorus’ best days as a trumpeter were behind him, but all would agree that he was an excellent and caring teacher, known to feed his students well. 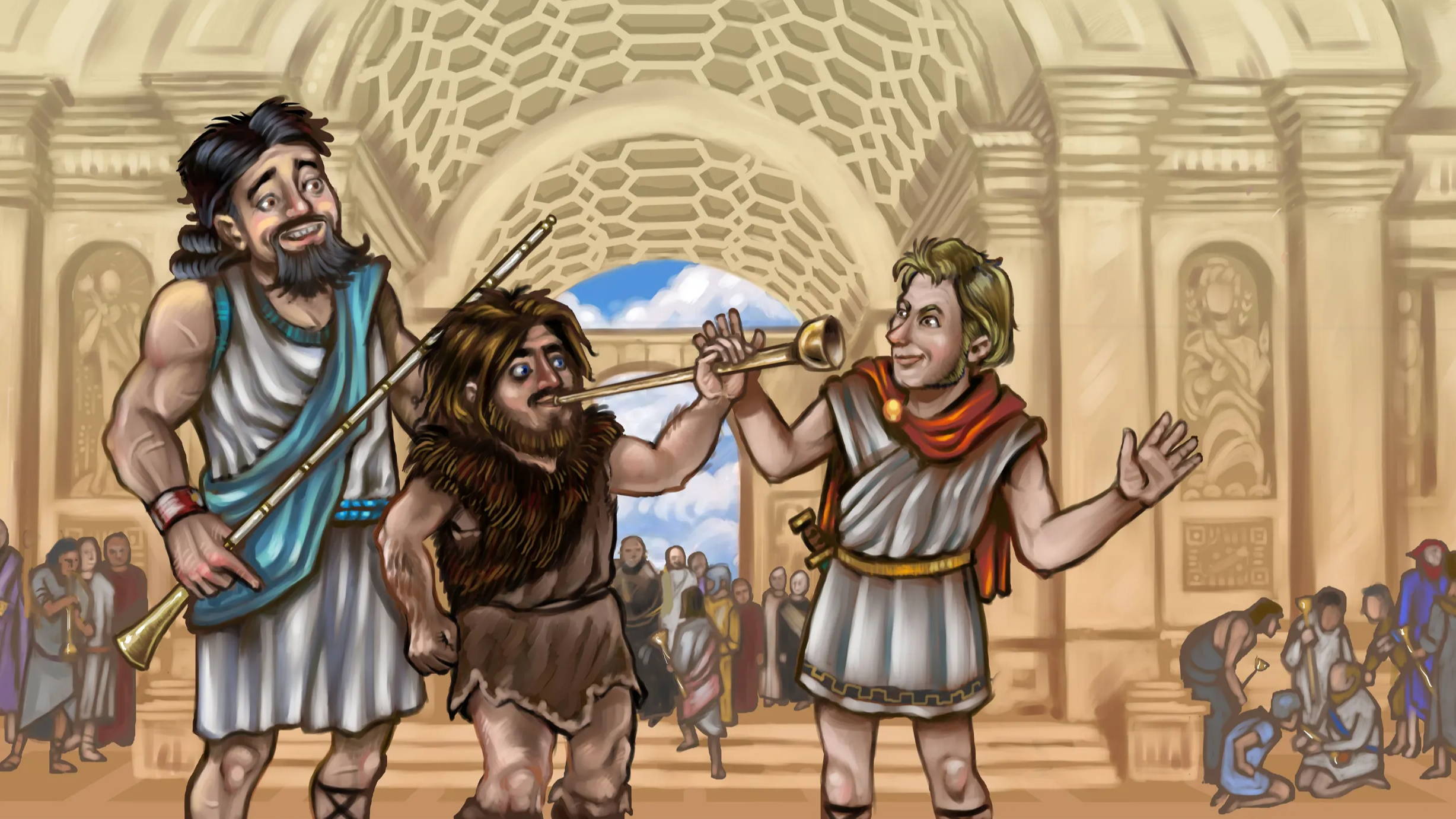 Ragnar couldn’t believe his luck, to be studying with Herodorus and playing such fancy trumpets, one so long that it needed to be held up with a chain at the far end. Of course, this meant that it could play a lot of notes. Ragnar was like an Erymanthian boar in mud. He loved learning, and Herodorus loved teaching, and when it came time to register for the annual Olympic games, Herodorus encouraged only Ragnar and one other student to apply.

The story of the ensuing competition and Ragnar’s relationship with his teacher is a great resource for SEL activities, and tells a compelling story about learning, cooperation, and achievement. It also provides inspiration for students to practice specific techniques and musical pieces in preparation for a friendly Olympic competition with their classmates. Students are taught that everyone has different strengths and weaknesses, and emphasis is put on personal development and the conveyance of musical thoughts while playing.

When searching for an artist to record the “listen and play” audio files for Chapter 8, one person came to mind. For those who know Terry Everson (Professor of Trumpet at Boston University), he takes on some of Herodorus’ better characteristics as presented in the story - except that in Terry’s case, his best days as a performer always seem to be ahead of him. BfB Authors had the pleasure of meeting Terry at the Museum of Fine Arts in Boston in 2014, where the musical instrument collection curator, Darcy Kuronen, allowed us to examine the only complete instrument in existence believed to be an authentic Greek salpinx. Mr Kuronen then allowed Terry to play a replica that had been made for that purpose. Aware that the Greeks had used the salpinx in battle, in ceremony, and in festivities, we asked Terry if he would improvise music that could eventually be put together with the dramatization of the historical narrative (Hear Terry's recordings in "Hear Ragnar's Amazing Sounds" below). He began by testing the limits and expressive capacity of the instrument, and then once having the unique set of notes in his ear, began to improvise: a hymn, a march, a fanfare, and a dance. Hearing Terry Everson bring to life such a unique instrument, with such a peculiar harmonic series, was a moving experience, and after transcribing some of his musings, we realized that they could be simplified and used for the musical examples that students learn in the book. 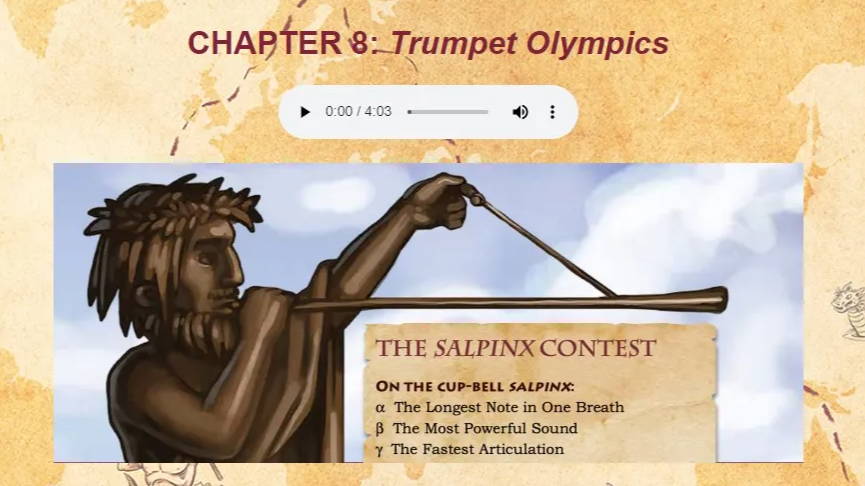 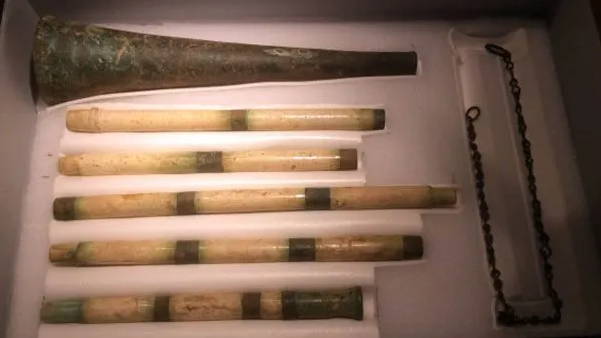 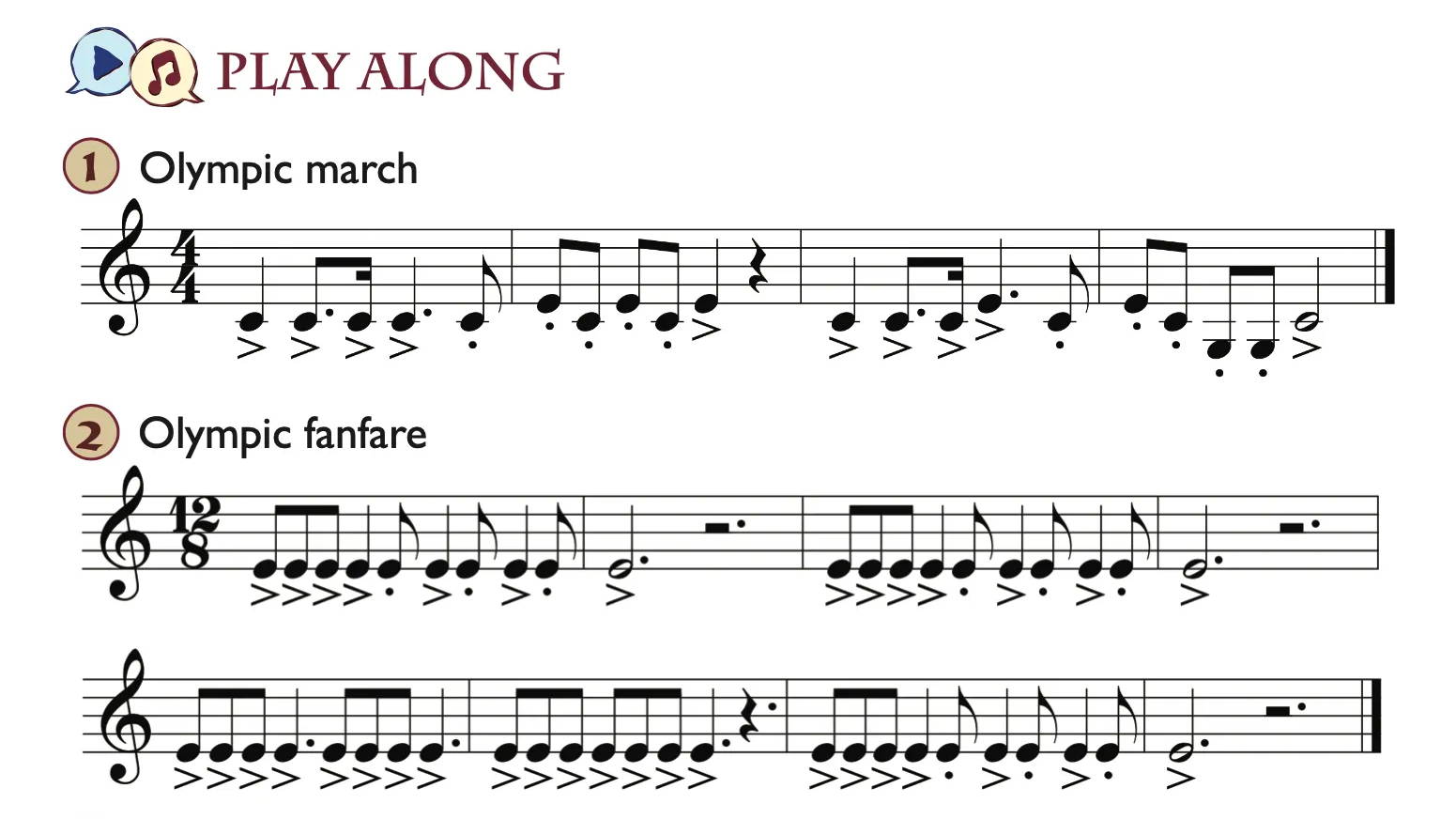 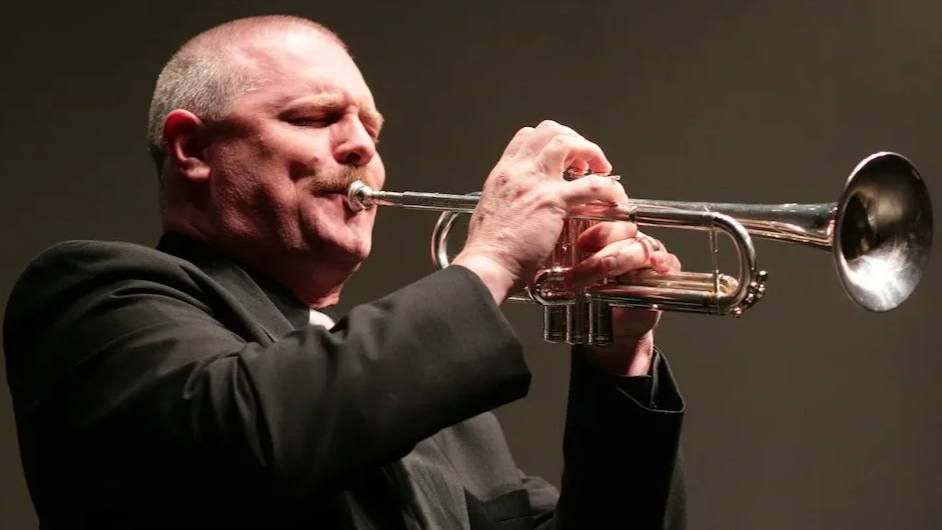