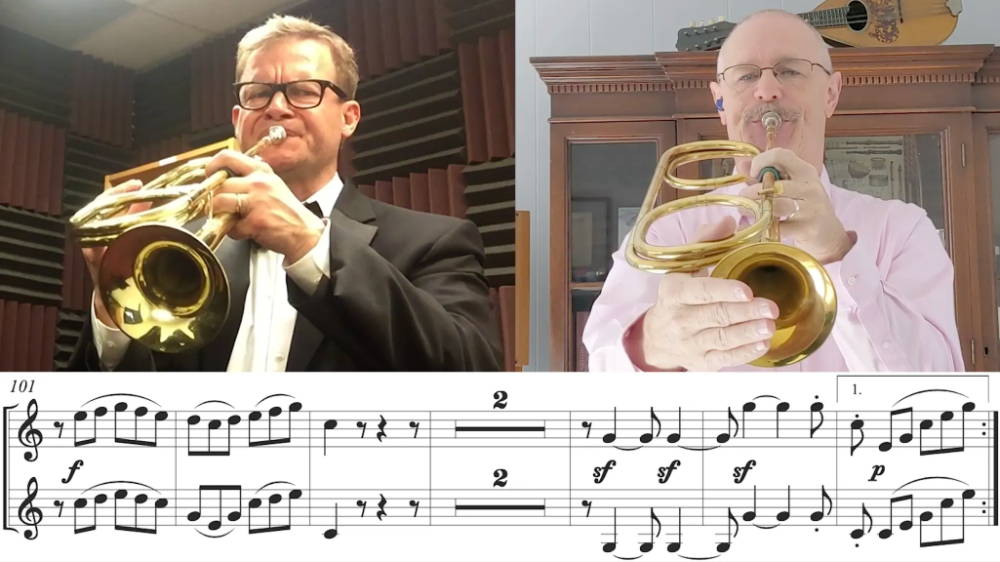 When we think of the natural (or Baroque) trumpet, the virtuosic high trumpet parts by composers such as J.S. Bach, G.F. Handel and G.P. Telemann come to mind, and we often forget the enormous volume of material written in the late 18th through mid- 19th centuries at a time when the instrument was taking on a different role in art music. This new role, which relegated the trumpet to a range typically not higher than the 12th partial of the harmonic series, was nonetheless critical to the motivic and harmonic structure of the music of its time. The style of writing for the trumpet by Mozart, Haydn, Beethoven, Schubert and Mendelssohn laid the groundwork for later romantic composers, and it is undeniable that the instrument’s best loved, and best-known literature was either written for the natural trumpet or evolved directly from it. The epic trumpet fanfares that serve as bookends to Gustav Mahler's First Symphony are a perfect example, and the long F trumpets for which they were written would have sounded much more like natural trumpets than the relatively short Bb or C trumpets that are most often used today.

Below are three videos of Terry Everson and Raymond Riccomini playing excerpts from all four movements of Brahms Symphony No. 1: Mvt 1 in C, Mvt 2 in E, Mvt 3 in H (B), and Mvt 4 in C.