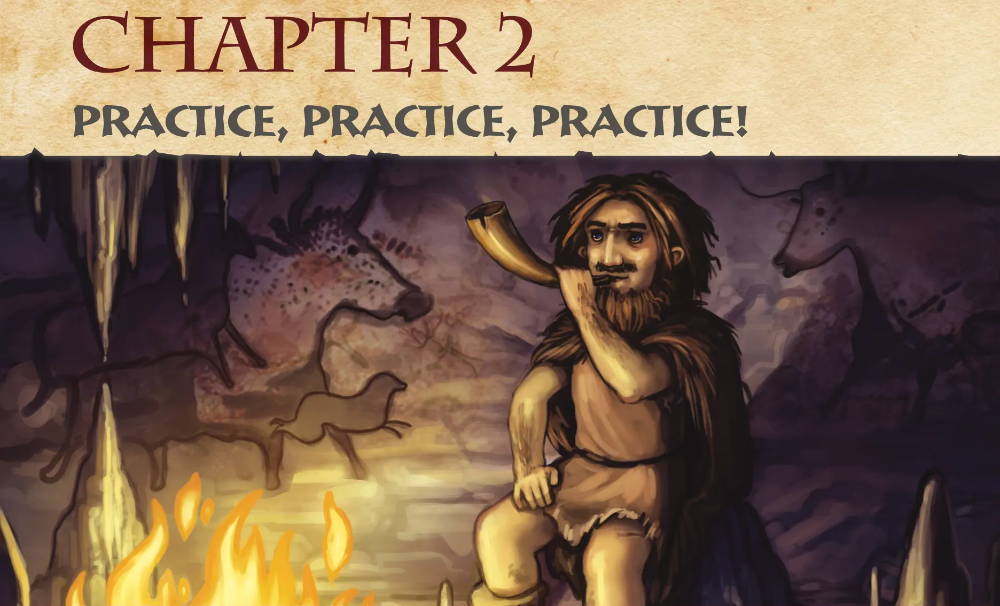 Into the BfB Classroom

It's likely that our prehistoric ancestors' awareness of sound led them to experiment with pitch and resonance in a range of spaces and settings. For example, experts suggest that prehistoric people may have used echolocation to navigate cave systems, just as bats, birds, and some baboons do.

Most interestingly, music archeologists have discovered that over 90% of the paintings found in Paleolithic caves are located where there are strong acoustical phenomena. These include places that can be made to resonate at a certain pitch to produce standing waves, or where strong echo effects are audible. This suggests that there was a relationship between the paintings and sound, whether for some sort of shamanistic ritual, or for helping the inhabitants map the caves. It may not be coincidence then that the oldest known musical instruments—flutes made from vulture bones dated as early as 40,000 BCE—have been found in spots like these, and that the earliest known lip-blown instrument, a large Charonia shell (commonly known as a "Triton's trumpet") was found in a French cave, dated around 16,000 BCE.

BfB students explore these topics after reading or listening to Ragnar's story in Chapter 2 of Around the World in Twenty-One Trumpets. They learn about the need to practice, and what to practice, in order to produce a reliable form of communication. They contemplate the parallels between creating standing waves in caves with the voice and making a lip-blown instrument resonate with lip vibration.

Why should kids have all the fun? Scroll down to enter the practice cave and view teaching materials for Chapter 2. 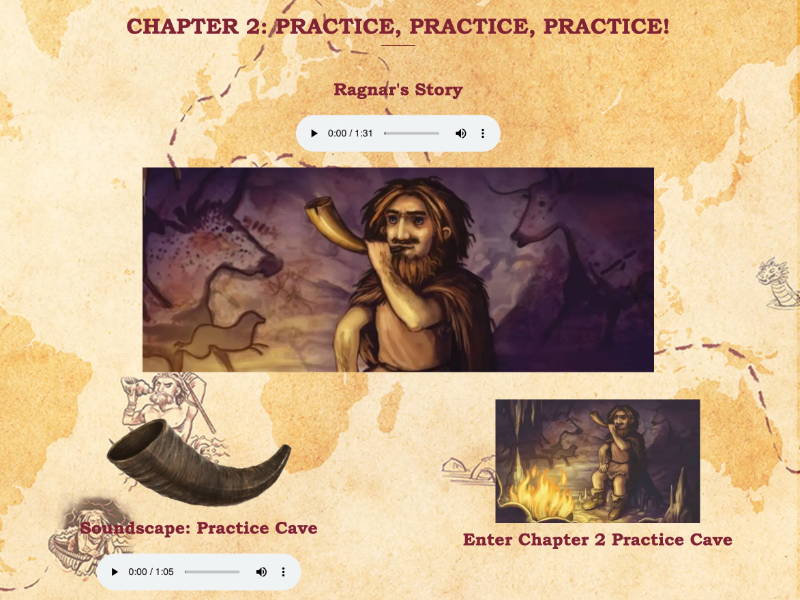 Click the image above to hear Ragnar's story for Chapter 2 and explore the BfB online student resources. 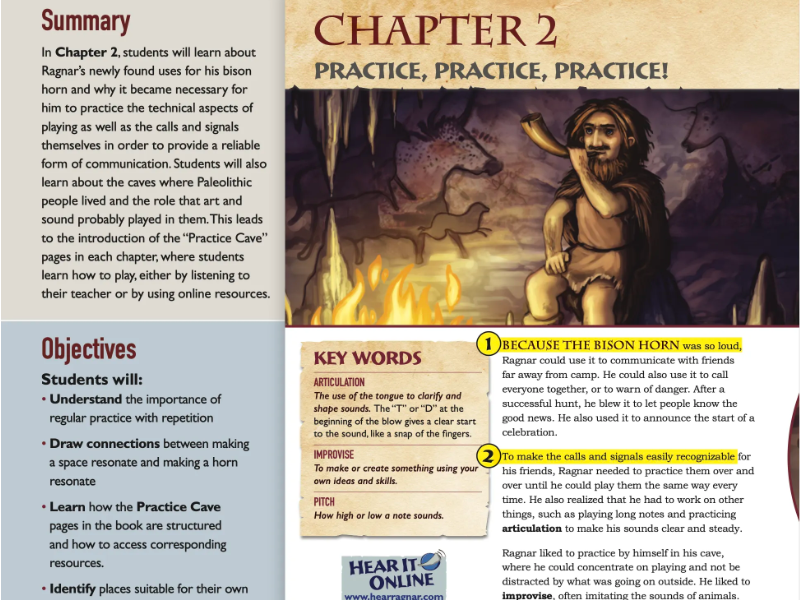